An autobiograhical novel describing his years of discipleship among Naga Babas.

Enchanted by an extraordinary world he stumbles into the presence of the sadhu, Hari Puri Baba, a yogi in the ancient tradition of the Dasnami Sannyasis. Hari Puri proceeds to shave the young man’s head and initiate him into his order. Now called Rampuri, the young man embarks on discipleship, unlike anything he could have ever imagined.

(with 18 pages of new rare photos) 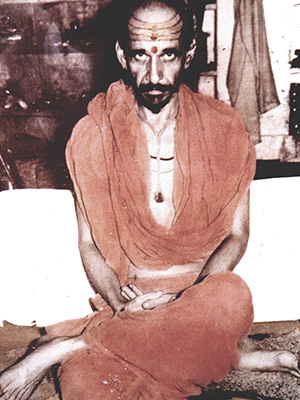 Within the arcane & sometimes even dangerous akhara, Baba must overcome opposition to himself as a foreigner and struggle to reconcile the Western view of India with the reality of Her culture.

All the while seeking Supreme Knowledge.

Baba Rampuri reading from “Autobiography of a Sadhu.”